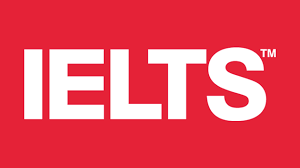 The maps above show the centre of a small town called Islip as it is now, and plans for its development.

Summarize the information by selecting and reporting the main features, and make comparisons where relevant.

The city center’s existing layout has 16 shops, divided by the main road, constructed in two rows facing each other. Out of these shop counts, 50% of them, especially those erected in the north direction, will be removed for a bus station, a shopping center, car park, and a nearly one-third of the northeast area be left for a new housing facility. The proposed construction plan will also convert the main road into a pedestrian road. Additionally, a vast land of housing and park area in the south will also get a new look with some modifications. Some parts of the garden will be taken off to adjust a new housing colony, cutting the park area less than half to its actual size. The school’s location and size will remain unchanged but come closer to a dual carriageway built in the town center’s circumference.

Overall, it can be noted that the area of the countryside will no longer be a part of this development and hence, be removed. (185 words)