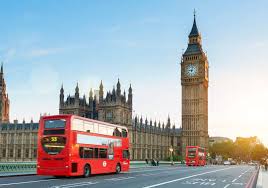 The restoration of the old immigration policy for international students reverses a decision made by Theresa May in 2012. The old policy forced students to leave the UK after months of finishing studies. Students found themselves stranded and returned their homelands with a very expensive piece of paper (degree).

The new immigration route will allow all eligible undergraduate or graduate students from a recognized university to stay in the country for two years either to gain some work experience at any skill level or to seek employment. Students wishing to take advantage of this move must ensure that the higher institution that they choose must adhere to immigration laws with a good track record. Schools having an adverse track record could make students ineligible under this new policy. Students going to the UK in January 2020 will be the beneficiary of this move.

“It is a testament to our world-leading universities that so many students from abroad want to study here. The important contribution international students make to our country and universities is both cultural and economic. Their presence benefits Britain, which is why we’ve increased the period of time these students can remain in the UK after their studies”, says Education Secretary, Gavin Williamson.

Some international students could stay longer

The Department of Education states that international students, “on the [graduate] route will be able to switch on to the skilled work route if they find a job which meets the skill requirement of the route.”

What does this change signal in the years to come for Britain and International Students?

The UK, as an education destination, was losing out its competitive position to its rivals visa-a-vis Canada, Australia, the USA, and other top destinations. Education exports bring economic benefits as well as the best talent from the world, which helps the host country to stay ahead of innovation in this competitive world. Large corporations are always on the lookout of the brightest employees to leapfrog in the competition. In some cases, visa restrictions such as the old UK immigration policy for international students stifle their competitiveness in the world market. This is a well-known fact to all OECD countries.

The British Government released its new International Education Strategy earlier this year. In this report, the idea was to extend post-study work-permit for 6 months for undergraduate and graduate students and 12 months for doctoral students. University leaders urged the government to go further, considering this element of strategy. Therefore, this new change has been welcomed with greater enthusiasm, and they consider it as ‘a very positive news’ for universities and the country.

This new visa policy fits well with the two goals set by the British Government: