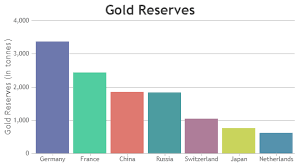 The bar chart compares the regular physical activity of a different age group of Australian men and women in 2010. As can be seen, men doing physical exercises during youth and old age were higher in numbers than women.

As to the data, over 50% of men in the age group of 15 to 24 did regular physical activity, whereas women were slightly behind about 5% in the tally. This is the only trend in which men superseded women by a fair margin. As the age progressed, nearly 50% of women, a tad below or above, in all age groups from 25 through 65 or above did regular physical activity. This trend for men was the opposite. It stayed at nearly 40% upwards until the age group of 55 to 64 and rose to nearly 47% in the last age group. However, there was a massive difference in the age group of 35 to 44, wherein nearly 53% of women were regular in the fitness activities as opposed to a tad below 40% of men.

Overall, women are more active in physical activities than their male counterparts. (183 words)

The topic is taken from Cambridge 12 (Test 5 & Task 1) for training purpose in general.